The impact of the TecCOMFrame project

New Competences and Standards in Technical Communication was the headline of the TC-Day at the University "Politehnica" of Bucharest which was organized on Friday, May 4, in the Senate Hall of the university as a multiplier event in the framework of Erasmus + project, acronym TecCOMFrame.

The first part was mainly ment to address university professors/academia and students and was intended to disseminate the results of the project and at the same time to create a discussion base on the usefulness of its implementation in Romanian universities. The keynote speech was held by Assoc. Prof. Yvonne Cleary (Ireland), a member of the project consortium, who presented TecCOMFrame and its impact for TC education in Europe. The other three contributors from Romanian universities (economics, philology and engineering studies), the Assoc. Professors Dr. Laura Muresan, Ioana Hermine Fierbinteanu and Voichita Alexandra Ghenghea, the latter being also another member of the project consortium, referred to good practices in their universities and opened the discussion session.

The second part was primarily intended for professionals in the field of Technical Writing / Technical Documentation and contained two equally interesting presentations: On the one hand the presentation by Prof. Dr. Annely Rothkegel (Germany), dealing with how to cope with data in a better "data culture" in companies and on the other hand a presentation on the use of style guides by Mariia Nedelcu, a professional in the field, technical writer at Bitdefender (Bucharest). All these presentations were followed by lively discussions which denoted the interest of the numerous audience attending the one day event at the University "Politehnica" of Bucharest.

This event was a premiere in Bucharest, organized as a joint event by TecCOMFrame and the country organization tekom Romania, the latter being from the very beginning a sustainer of the project. 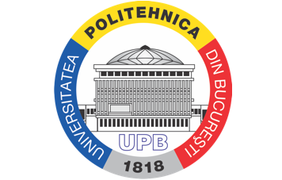